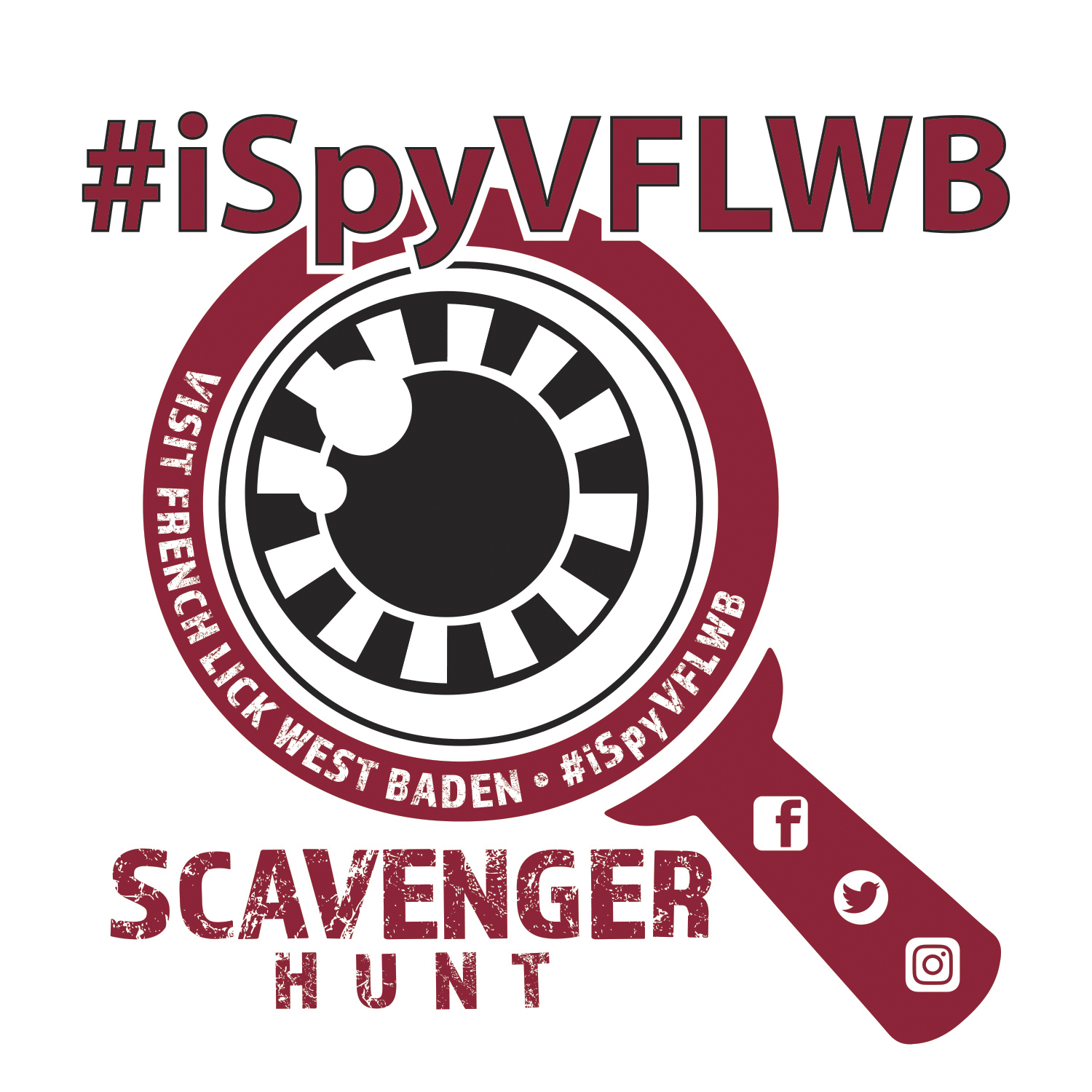 The #iSpyVFLWB Scavenger Hunt contains clues from places throughout the destination, which includes the four towns West Baden, French Lick, Orleans, and Paoli. Collect a photo of yourself with the spyglass (NO SPYGLASS NEEDED RIGHT NOW) at each location and post to social media using #iSpyVFLWB to earn prizes.  Pick up your official spy glass and list of clues at the Visitor Center, located in West Baden, or for the time being we've listed the clues below.   Happy Hunting!

If you'd still like to participate but don't want to leave the house, you can take a screen shot of each location!

While we're practicing Social Distancing, these pictures can all be taken outside of these locations, NO SPYGLASS NEEDED.

We will update when the visitors center resumes regular operating hours!

1. Built in 1902, once known as the 8th Wonder of the World.
2. Built in 1901, was known as a mineral spring health spa and for trade marking Pluto Water.
3. Restaurant named for the number retired by the Boston Celtics in 1992.
4. Houses a room sized circus diorama, dedicated to the Hagenbeck-Wallce Circus, as well as a gold life-sized Pluto.
5. A wooden Larry Bird resides here.
6. Established in 1995 taste 29 different varieties inside the renovated Kimball Piano Factory.
7. Award winning course that hosted the Men's Senior PGA in 2015.
8. This course opened in 1917, Walter Hagen won the PGA Championship here in 1924.
9. This red covered bridge sits on 1,100 acres.
10. This historic ride from West Baden to French Lick started in 1903. In 1916, it set a record for carrying 250,000 people in a year.
11. The towns of Elon, Ellsworth, and Newton-Stewart now sit at the bottom of this lake.
12. Check out the only speeder in town, they were used in the late 1800's for maintenance.
13. This lapidary has been in business for over 50 years.
14. Native American archaeological remains dating back to 1380 have been found in this old-growth forest.
15. The largest chair in town sits outside this restaurant.
16. Designated as a National Natural Landmark in 1972, it is the second largest spring in Indiana.
17. This was built in 1926 in the oldest town in Orange County.
18. Find the mural on the North side of Congress Square.
19. Built Between 1847 & 1850, this historic structure is located in the center of the square.
20. Established in 1978, a lot of downhill winter fun can be had here.
21. Was once the Oxford Hotel in the 1920's

Want to receive the latest French Lick news? Subscribe to our free e-newsletter to learn about upcoming local events, popular activities, and other fun trip ideas.

Find out more how this website uses cookies to give you the best online experience and accept to continue.